Whilst the official pythonic reference for Google app engine is the way I learnt how to build my first GAE app, I found it a bit frustrating to go through each and every link and understand large topics like caching and data stores in detail just to build a small hello world pythonic app in Google App Engine. What I wanted was a quick and dirty tutorial that let me build a small app first, and then let me improvise upon the areas that I needed to dig deeper. 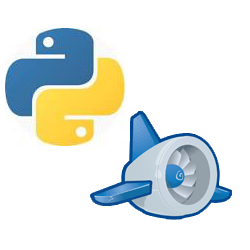 I couldn't find such a tutorial anywhere, so I'm writing this one.

Note that your-app-id is the name that you just registered for yourself, make sure that it is typed correctly. version parameter refers to the version of your app, while api_version is the version of GAE SDK used to run this app. The line "script: helloworld.application" indicates that this wsgi handler will be invoked for your app.