When Linus Torvalds wrote the Linux Kernel in 1991 or Ian Murdock first released the Debian OS in 1993, talking about the "openness" of a PC or the "right to repair it" would have been a laughable affair! 8086 was an open standard then (just as standards should be) and anybody was free to write an operating system for it (such as Linux), or user land utilities (such as GNU) or even define a desktop standard (such as Xorg). 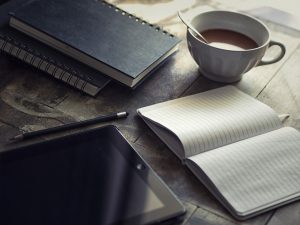 But in 2019, that's no longer the case with standards. Looks like humanity is going backward in terms of progress as standards are becoming more and more closed and proprietary instead of becoming open and transparent. Companies like Apple are successful in not only creating entire dependencies of such closed standards but are fighting tooth and nail so that their closed standards get a stamp from the legislature too.

The law makers of Ontario, Canada succumbed to this massive corporate lobbying today and killed the "right to repair" bill before it could even see the lights of the day. This bill was asking for a very basic thing - the right to open your own device (which you've already paid for) and fix it for any problems. In order to empower a user to do this, the bill called for forcing tech companies like Apple to provide the following at a fair price:

This is something very basic, something the Stallmans and Torvalds of the world have already been doing since 90s. Canada sent a very wrong signal to the tech world today, this would have been the first such pro-consumer law in the world, if passed. About 20 American states are also considering a similar right to repair bill and this sets a very wrong precedent to those decision makers. Both USA and Canada are highly developed countries and the whole world looks up to them for framing their own tech laws, so this is a very bad thing that happened today. I hope the American states will act sanely and pass this bill otherwise any hope left for open standards and protocols for the future generations will be lost. Since innovation blossoms in openness and gets stifled in closed environments, this will sound a death knell to innovation too.

It is now left to organizations like EFF and internet freedom activists like Richard Stallman to protest this decision and ensure some sanity in the tech world which is getting increasingly crony capitalistic.